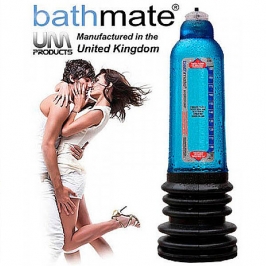 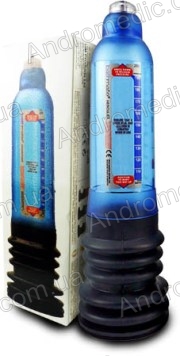 Anyone who is interested in the topic of natural penis enlargement at home knows that this is certainly a long process, requiring a lot of will and effort. The fastest effect can be given only by a surgical operation. But now you have the opportunity to increase the penis spending only 15 minutes a day! In front of you is the absolutely unique device of the Hydro pump for men (water pump for a penis) Bathmate Hercules, with which you can relax taking a shower or a bath and at the same time conduct an effective training to increase the penis. This device has gained immense popularity all over the world due to its efficiency and ease of use. He rightfully can be considered a device for the lazy, since no other device actually increasing the penis, did not require so little time spent on the daily training. At first glance, hydropump is very similar to a conventional vacuum air pump - it looks like a transparent plastic bulb, but at the same time it has a number of design differences that radically change the mechanism of action on the penis. Firstly, at the upper end you will not find the usual hose for pumping air with a rubber bulb, instead of them there are two valves - inlet and outlet, then the bulb itself goes to the lower end of which is attached a rubber corrugation with an inlet for the penis. The main difference between the hydropump is that water is used as a working environment, not air. The effect of the water vacuum is much stronger than that of the air, but at the same time it is more sparing for the skin surface and small capillaries. Water as a environment is denser than air, and as a result, the risk of injury to surface vessels is significantly reduced. For use requires warm water, which in turn additionally expands all the smallest vessels and deeply warms the tissues of the penis, which also improves nutrition with oxygen and speeds up the growth process. High blood pressure stretches the tissue from the inside, which eventually leads to a significant thickening and elongation of the penis. 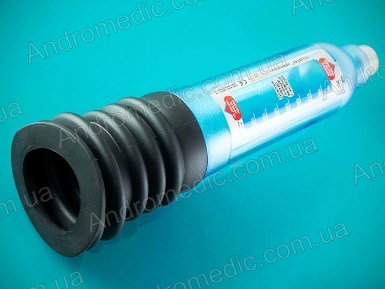 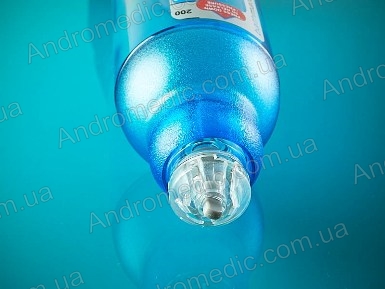 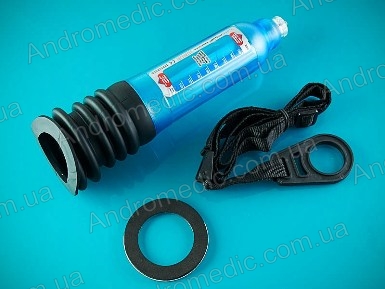 The principle of operation of the hydro pump for penis increasing

Now let's get acquainted with the actual operation of the water pump. The flask is filled with warm water (preferably not more than and not less than 45 degrees Celsius, this is the optimum temperature), the penis is inserted into the pump and corrugation shrinks, while the excess water exits through the discharge valve, when releasing the pump, rubber corrugation tends to open and creates a water vacuum. Each subsequent pressing the pump to the pubis increase vacuum, the more frictions, the more vacuum becomes. If you want to lower the vacuum or remove the pump - you need to press the bleed valve at the top of the device. Hydropump can creat very strong vacuum and if you create the same vacuum with an ordinary air pump, you can damage the capillaries on the surface of the head, which will look like bruises, but in the case of water you can not be afraid, as this risk is excluded when using the hydropump.

If you take a shower. Take the pump and hold its cylinder vertically with the inlet up with the other hand, press the valve pin, fill the pump cylinder with warm water. While still holding the valve, lower the flask to the pubic level and insert the penis inwards, then quickly press the corrugation to the pubis so that the rubber corrugated material is compressed. At this point, release the blocking valve and through it pour excess water, release the pump and feel that the pump is sucked to the pubis, do 1-2 frictions to increase pressure. Do this for 2-3 minutes and do 1-2 more frictions, so increase the pressure every 3-4 minutes and after 15-20 minutes finish the session. During the exercise, you can monitor the current size of the penis by a ruler on the pump. To relieve pressure and remove the pump, press the external drain valve hard, the air will enter the system and the pump will be removed.

If you take a bath. Use the pump in the bathroom is even easier, since you do not need to hold the hand blocking valve. Just lying in the tub lower the pump into the water, so that it completely filled and all the air went out. Then insert the penis into the cylinder and press the corrugation to the pubis, then do the pumping motion every 3-4 minutes and use the bleeding valve to remove it. 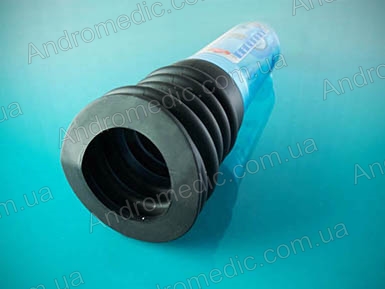 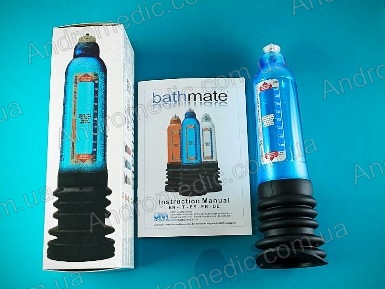 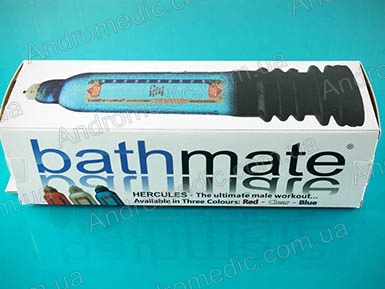